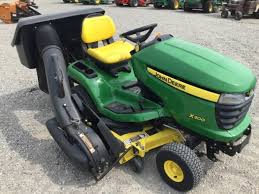 X300 Transmission Problems. I am New Zealand owner and have owned two JD's. The first being an entry level Sabre mower with a K46 transmission. After two replacement trannys, one under warranty, and the second wore itself out the same way, it had to be retired to flat land after a total of 4 years and 500 hours. I mow a 2 acre block that has small rolling hills and slopes, easy to climb and easy to mow down. Dealer suggested a change to the X300 using an upgraded K46 trans. this has failed after 260 hours. Because of the terrain the tranny oil was changed to the recomended grade as suggested by Tuff Torq at 200 hrs but its life was short lived. Oil change was easy enough by removing tranny, and draining through filler cap as there is no drain hole. the magnet was full of captured metal filings, the same as we saw on the original Sabre. Dealer now suggests we move up to an X320, with a K58 transmision, beefier, and has a charge pump that the K46 doesnt have, but its still unservicable and supposedly sealed for the life of the mower. The choice for me now, is to find a mower to suit the property. I am committed to a 42" deck because the landscaping was done in terracing on the steeper parts to enable flat cutting. Of course I hear you say, throw some money at it and buy a big grunt machine like Tim the Tool man would, but

an X320 costs $10400NZ and I dont feel like doing the experiment of trying it out with a non servicable tranny. Of couse you say, chuck a K66 in it, I would if I could, but I cant that would cost us a quarter of the cost of a new machine landed in NZ. Thats no ones fault, but the way the dollar goes. The mower deck is great. the steering and chassis build 1st class, comfort exellent, the seat always splits and you need a cover within 6 months but thats minor, so go and buy one, but dont put it anywhere near a hill. If the same machine was fitted with a K66 in the first place it would be servicable,with an oil drain plug, and repairable if it required it, and it would make an awesome machine and run forever with reasonable maintenance, but JD make the rule, and fit it with the most basic tranny they can source. My Dealer is great, he wants to solve the problem to both our satisfaction, as in New Zealand we have a law that if a dealer sells you some thing and it doesnt do what he says, he has to replace it or give you your money back. In my case he suggested the upgrade from the Sabre to the X300, probably not realising they had the same transmission (half the salesmen dont know their product)and now the suggestion is to upgrade to an X320, me always paying the difference, what would you do ????